Thailand: The Home of Cricket Farming

Nobody knows it, apparently. Just because this traditional production of crickets is no breaking news – it has been going on for decades. But actually it is the biggest in the world. Cricket farming in Thailand, 20,000 families rearing six-legged livestock in the backyard, making good money with it (more than with rice or sugar cane), and providing tons of the most sustainable animal protein you can find on earth.

Companies processing cricket flour and edible insect (EI) food products are usually proud of that, because it means we operate in the homeland of cricket farming. Thank you to the seminars of the Faculty of Agriculture, Khon Kaen University, attended by farmers without any fee or requirement, this sector is also growing in methods and processes.

At the forefront of the EI movement 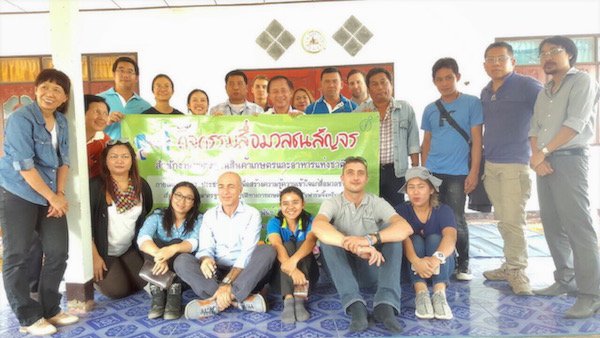 produced in the US, Canada and the Netherlands. This benefits all the EI industry, as products become available at a reasonable price for a new market.

Sometimes the western world represents Asian countries as places were low prices are due to low standards – as if this was third world (it is an emerging if not emerged country) and totally unregulated market. Especially when it is about Thailand – the most advanced country in the surroundings, together with Malaysia, regulation are generally as enforced as in France or in Japan. The meeting recently held at the village of Ban San Tor in Nam Phong District, Khon Kaen province, is a good example of how things run here.

The event (on February 12th) has been organized to accelerate the creation of food safety rules and production standards in Thai cricket farming. Now  The entire village rear crickets and therefore represents quite well what farming cricket means. Khon Kaen province farmers also benefits from the proximity with the University of Khon Kaen, worldwide renewed center for EI studies, which was represented at the meeting by Dr Yupa Hanboonsong. Among the other attendees, companies such as Bugsolutely, Eco Insect Farming, HISO, Sahakhun Bug Farm and an European consulting company, AETS. Pisarn Phongsapitch, Deputy Secretary General The National Bureau of Agricultural Commodity and Food Standards, came from Bangkok with members of his team.

The path drafted during the meeting should bring within the end of the year to the creation of the best practices, especially from a safety standpoint. GMP (Good Manufacturing Practice) guidelines for EI still do not exists anywhere in the world. Simply, a couple of years ago this market did not exists as an industry, but only as a traditional local farming practice.

With a rearing, testing, and quality textbook in order to ensure that a crickets are perfectly safe for human consumption, Thailand has great chances to remain the biggest place for cricket production in the future, too, when the EI business will be a worldwide mainstream food consumption behaviour.

If you wonder what our hosts – the farmers of the village – 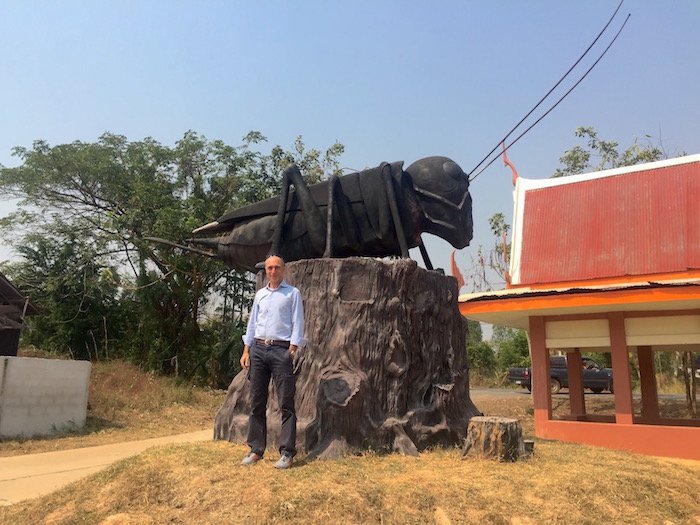 think of cricket farming as a business, well, have a look at what they built on the main road.

PS crickets in Thailand are called Jing-ree (or jing-li, depending what kind of transliteration you chose): จิ้งหรีด. The house cricket (Acheta Domesticus) is called tong-dem, while the bigger, darker Gryllus Bimaculatus is named told-dam.